I found this metaphor interesting because it can be interpreted a few ways, and has 2 clear points that initially jumped out at me. The second part of the quote touches on the idea of an external reality that maybe I’ll steer clear of for now, only reading it as a resulting a failure to do something or a misguided effort. The metaphor of the pointing finger and the moon is similar to an ends and means relationship, or perhaps more directly, a symbol and the thing it represents. 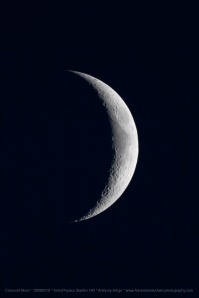 This Buddhist quote comes from a book of lectures by Aldous Huxley called The Human Situation. The lecture describes two types of religion. He calls them the religion of immediate experience and the religion of symbols. Very basically, the immediate experience group does not confuse the pointing finger with the moon, and the symbolic religious people do. That is, the mystics experience god, religion and the spiritual directly. The symbolic religion experience only the symbols, words or ceremony of religion, the means (or as Huxley says: a system of beliefs) to experience god, but not god itself.

When the finger is confused for the end result, as the quote suggests, there is much frustration. It seems like it would be an easy mistake to avoid, but there are many subtle ways it can find itself into our lives and subconscious. As humans, in human situations, we get caught up in our selective attentions and ideals. As well, our time is limited, which creates fear and maybe a lack of dotted Is and crossed Ts over a lifetime. The problem can come about because the moon (what we want) is poorly defined, or because truly desired is something different than what the finger (means or symbol) is indicating, or because maybe a deeper process or meaning is not realized.

Nowadays, the religion example probably still holds up for some people. A lot of modern day examples could also probably be boiled down to what we often try to achieve happiness, yet in doing so we end up focusing on the pointing finger rather than the moon. One classic example would be the man who takes on extra work and overtime (the pointing finger) to try and create a better life for his kids and family (the moon). Yet, in many cases his moon might be poorly defined, turning his means into an end itself; his dedication to his work eventually surpassing the time spent with his family.

Education serves several good examples of when the finger is pointing at something different than realized or when we truly want something different than what is being indicated, in both cases either consciously or otherwise. It is not uncommon to come across learners striving to get that certificate/diploma/degree/symbol of achieved education, so much and so quickly that they do so without much regard for actual skills acquisition. It is not all that uncommon either for academics to create and write for the sole purpose of getting published, rather than any sort of search for truth or knowledge advancement. In both examples, what is actually desired is more what the end result stands for, than the actual end result itself.

In the context of Distance Education, throwing technology into a heap of instructional design mistakes the tools that can help or aid education at a distance for actual education itself. An infatuation with technology can sometimes linger into an educator wanting something different than the education of a student which sound, apt design point at. In language learning, imagine a group of kids that learn to read English by decoding alphabet symbols into memorized sounds, and working out the words. Like a fine Chinese box, the letters, sounds and words point at the meaning behind the sentence, but that meaning has been confused with the act of reading.

Language itself provides great examples of often missed deeper meanings behind what the covert symbols of our daily life indicate. In conversation it is all too easy to try to show encouragement, caring, support and love through words. Done too frequently, it becomes even easier and loses any of its impact. Sitting down with someone, working through problems, selflessly, going beyond “don’t worry, it’ll get better” and not using such situations as platforms for our own backdrops and advice-giving lectures…this goes beyond language as symbols. But, is it always taken to this depth when needed?

Our words and sentences are just tools, or indicators, that try to point others toward the ideas, thoughts and emotions that each of us individually try to communicate. Many people have pointed this out, as it is perhaps a common philosophical idea of the 20th century. What often seems to be lost in the implications of this idea is a deeper point in the Moon/Pointing Finger metaphor: There’s only a need to not confuse the Pointing Finger with the Moon; there’s no suggestion to get rid of either. Religions need symbols and ceremony, heads of family need to earn a living, and sometimes we need education certification. Distance Education without current technology would be difficult, as would reading and writing without phonics. Small talk and simple language exchange helps to build relationships and trust. To indicate to someone the Moon, we need a Pointing Finger (or some other indicator). To communicate, as humans, we need language.

An example of this confusion and lost balance that comes up in my current readings and interest is the learning theory of Connectivism. Much of the literature is not actually so clear on this, but as I understand it the theory seems to suggest that language, or other representations of knowledge, are disregarded. (Link 1 Link 2) The theory disregards any learner’s, human or otherwise, point of view. It seems reluctant to move into the world of symbols and practical application; to move beyond structure; to move into the realm of value-making. It shuns the world of intent. Connectivism as a learning theory certainly doesn’t confuse the finger with the moon, because they may have eliminated the finger all together. However, this is one of the reasons why I suspect Connectivism isn’t a learning theory at all, but can act as something more overarching.

3 thoughts on “Indicators and what they Indicate”